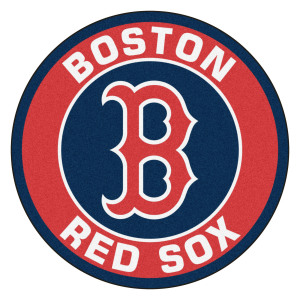 Norman Philip Schieferstein, 86, passed away peacefully, surrounded by his family, on May 31, 2021, at Woodcrest Nursing Home. He was born in Decatur, Indiana, on June 30th, 1934, the son of Marlow and Lillian (Greiner) Schieferstein. On November 23, 1996, he married Mary Ann Swearingin.

He was a Graduate of Decatur High School, was an Air Force Veteran and served from 1952 to 1955, during the Korean Conflict. Norman was Honorably Discharged as an Aviation Cadet.  Legend has it that he may or may not have “buzzed” the City of Decatur with his Jet Plane one Bright and Sunny Day.

Norman was a Huge Boston Red Sox Fan and was able to Celebrate 3 World Series Championships in his later years, to the dismay of his many Friends who were Yankees Fans.  You all know who you are!!!

He was a Member of Local Union #103 and worked as a Heavy Machine Operator for many years.  Norman was also a Loyal Member of the Decatur Elks Lodge BPOE #993, where he was awarded Elk of the Year for his donations and efforts to his Lodge.

Norman was a Nature Lover who tended to his many Bird Feeders.  He was also known to put out Ears of Corn each and every day for his Posse of Squirrels. The Birds and Wildlife he attended to, will miss him greatly.  He would even tolerate some of the racoons that would attempt “break-into” his Feeders.

He was known for his Sense of Humor and was considered a Top Notch “Prankster” among his Friends and Family. Many stories of his exploits are legendary around Decatur. If you were a target of his “Pranks”, this only meant he loved you and considered you a Friend.  Norman also had a softer side to his personality; he would be there for anyone that needed him, day or night, rain or shine.  He was Truly a Great Father, Brother, Uncle, Grandfather and Friend to all who were lucky enough to know him. The City of Decatur will Not be the same without him.

There will be no Public Services at the request of Norman, however, a Memorial Service will be held at the Elks Lodge in Decatur, at a later date.