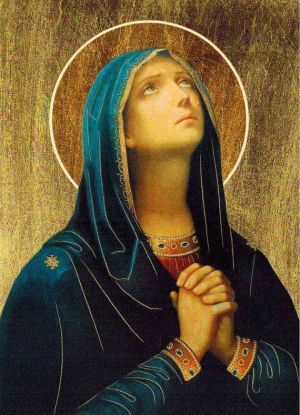 Janet K. (Baker) Ellenberger, 77, of Decatur, IN, passed away surrounded by her family at her residence on Tuesday, October 12, 2021. She was born in Decatur, IN, on January 6, 1944, into the German-Ukrainian Catholic home of the late Julius “Boppy” Baker and Margaret “Margie” (Gulic) Baker. On October 3, 1964, she married Michael S. Ellenberger and after 55 years he preceded her in death on August 25, 2020.

She was a lifelong parishioner of St. Mary of the Assumption Catholic Church and was a member of the Women of St. Mary. She was a 1962 graduate of Decatur (St. Joseph) Catholic High School. She then went on to get an Associates in Business Accounting from IBC and worked for many years as the bookkeeper for Arnold Lumber in Decatur.

Mike and Janet were part of the “original” kitchen crew and helped with many social functions at the K of C Hall over the decades. They truly enjoyed being around their family and friends and never missed a party. Even though they had no children they were “parents” and “grandparents” to many and loved them all unconditionally.

Janet enjoyed visiting, spoiling her “kids”, sitting on her patio, and the obligatory daily cocktail hour (a tradition started by her parents). She was an excellent cook and was an avid reader.

She was also preceded in death by her sister, Tamara "Tammy" A. Seifert and in-laws, Tom Meyer, Don & Kay Lehman, and Joyce Ellenberger.

A Prayer Service will be held at 12:20 p.m. on Friday, October 15, 2021 at the Funeral Home followed by a Mass of Christian Burial offered at 1:00 p.m. in St. Mary of the Assumption Catholic Church, with Father David Ruppert and Father Nathan Maskal concelebrating.

Memorials may be made to St. Joseph Catholic School.

To send flowers to the family, please visit our floral store.