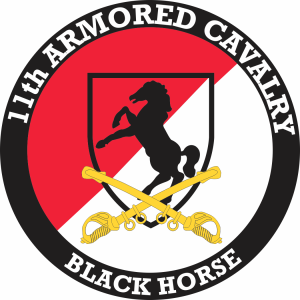 Richard E. “Dick” Morgan, 76, of DeRidder, Beauregard Parish, Louisiana, formerly of Decatur, Indiana, passed away at his residence, “The Possum Farm” on May 6, 2020. He was born in Decatur, Indiana on September 11, 1943, the son of the late Charles H. and Luella D (Graves) Morgan. On November 13, 1989 he married Linda Jeans.

He served his beloved country in the United States Army, 11th Armored Calvary Regiment. Over his 25-year career, Command Sergeant Major Richard E. Morgan began as a draftee in March of 1969. He held every enlisted position in the Army except for Sergeant Major of the U.S. Army. He was instrumental in the development of doctrine, tactics, training, techniques and procedures for the Army Armor Force. Dick authored numerous training manuals for the M1-A1 Main Battle Tank as well as having published his own book First Sergeants. He was working on a sequel, The Drill Sergeants, which was cut short by his death. Additionally, after his Army career Dick served as the Emergency Deployment Readiness (EDRE) officer of the Joint Readiness Training Center (JRTC) in Fort Polk, Louisiana.

Dick was a kind and generous man, who was at his best when sharing his time, talents, and treasures with family and friends. To him every day was Christmas, his favorite holiday.

A Memorial Service will be held at 9:30 a.m. on Saturday, May 30, 2020 at Haggard-Sefton-Hirschy & Zelt Funeral Home, with calling half hour prior to service. Military Honors will be rendered by the American Legion Post 43 Color Guard. Graveside Service will follow in the Backesto Cemetery, rural Adams County, Indiana.

Memorials may be made to American Legion Post 43 Color Guard.